By Hank Sullivan January 11, 2019
If you felt dismay reading my recent article, “Syria Pullout Explained,” I suggest your discomfort arose from the shock of finally reading the truth after being woefully disinformed by previous presidential administrations, in partnership with MSM.  In that article, I retraced verifiable history to 1999, documenting facts which show candidate Donald Trump was indeed correct when he expressed, “Barack Obama and Hillary Clinton unleashed ISIS on the world.”  Now if that shocked you, I’m sorry; but you need to get your head out of the sand and see what is happening in this world.  Your shock reflects a natural reaction to learning that many things you have been told, perhaps your entire life, and which you counted on, are not true.  And worse than discovering falsehood is discovering what is true is so horrendous.

Now one of the reasons I write these articles is simply as a service to the community and anyone else who finds and shares them online.  That service is the preparing of minds to accept harsh truth, which is coming.  It is astonishing to find people so comfortable with proposed false narratives they have heard virtually forever, and who as a result cannot accept real truth when presented.  And, frankly, that is the power of brainwashing.  Oh, you can’t be brainwashed?  Please, do not pretend that you cannot be fooled.  Manipulating public opinion is a science, friends.  And you are a target and so am I.  The only difference between us is that maybe I realize it.

Just this morning, while readying for the day, I was listening to WSB radio.  Scott Slade came on to claim, “Legal authorities say President Trump has no power to declare a national emergency to build the wall.”  Then he exited to another story.  Most people hearing that headline would never understand they were just slimed with propaganda.  Slade was reading from a script, likely the same script being read all across the country.  Its purpose was to bend minds to believe that President Trump is considering committing impeachable offenses beyond his legal and constitutional authority.  Yet you might remember, all was just fine, “legally,” for Barack Obama to send $1.7 billion in cash, all in small bills of various national currencies, on a plane to certain criminal Iranian leaders lying-in-wait in Tehran and no telling where else.  Where were all those “legal authorities” when that happened?  There were none because the real power brokers who have been running this country for decades, did not assign the press to locate any.  If you are dismayed by what I write here, why not with that?  What I bring to your attention is just one example of how you are manipulated each day by what you hear, see and read.  And because I bring this to your attention, that does not make me “far right.”  It simply makes me, “right.”

And so while we are again on the subject of Trump’s Syria pullout, let’s take that truth a little further.  Let’s ask what made Obama and Hillary believe they could get away with taking down the Assad regime in Syria using radical Islamic mercenaries?  I mean, that’s sort of a novel approach, isn’t it? Well, no, its not.  That same dynamic duo had just successfully executed an identical plan in taking down the Qaddafi regime in Libya.  Certainly you remember the daily doses of mainstream “news” concerning the so-called “Libyan rebels” and the civil war in Libya in 2011.  Just who were those “Libyan rebels” anyway?  Friends, they were the same operatives as the “Syrian rebels.”  They were Islamic mercenaries paid using your tax dollars and likely various dark financing programs, with the approval of Barack and Hillary.  Remember Obama asking NATO for official “permission” to support the rebels with cruise missiles?  Remember the narrative that Obama was reticent to get involved in Libya, but felt like he had to because Qaddafi was “murdering his own people?”  Remember the press reporting that Obama was “leading from behind,” ostensibly forced to intervene because Qaddafi had suddenly lost his mind committing genocide?  That was the same storyline used against Assad in Syria, wasn’t it?  You willingly accepted it once, so they used it again.


And while we’re at it, what was Ambassador Stevens doing in Benghazi when Al Qaeda mercenaries murdered him along with three brave servicemen?  Stevens was collecting weapons used to take down Qaddafi and shipping them to Turkey to do the same with Assad.  Apparently, Al Qaeda doesn’t like giving up its weapons.

But why did Obama and Hillary decide Qaddafi had to go?  The answer is always the same, money and resources.  Africa is the richest continent on earth, with easily accessible natural resources.  US forces have been fighting and dying across the belt of Africa protecting the private extraction of its valuable resources for years.  But Moammar Qaddafi, President of the African Union, had recently announced a new, gold-backed African currency.  Essentially, to continue extracting African resources the West would no longer be able to print dollars out of the air to pay the cost.  The extractors would need gold.  So Qaddafi had to go.  And that assignment fell to Hillary Clinton and Barack Obama.  You may remember an interview in which Hillary laughingly declared of Qaddafi, “We came, we saw, he died.”  Qaddafi was murdered by Al Qaeda mercenaries hired by those two and others to take him out.  Next, you should be asking yourself, how did Obama have Al Qaeda’s phone number? 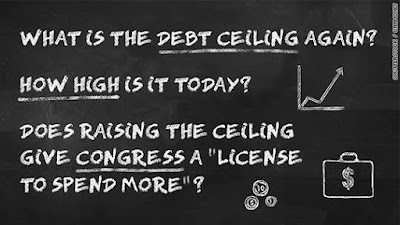 Last week President Trump tweeted, “I requested that Mitch M & Paul R tie the Debt Ceiling legislation into the popular V.A. Bill for easy approval. They didn't…Could have been so easy-now a mess!” Trump seemed awfully cavalier about raising the debt limit, didn’t he? Isn’t raising the debt limit a really big deal? Isn’t it capitulation by all conservative-minded Americans? Isn’t raising the debt limit tacit approval for the US Government to even further exceed its Constitutional boundaries? Well, maybe. But more importantly, the ‘raising the debt limit’ debate is just another scam on the American people, perpetrated by those we elected to represent us in DC, another reason they all must be replaced.  The periodic raising of the so-called “debt limit” is simply the natural order of things anytime a national government chooses to carry out its financial responsibilities under a private banking system rather than a truly sovereign, national monetary system. The banki
Read more 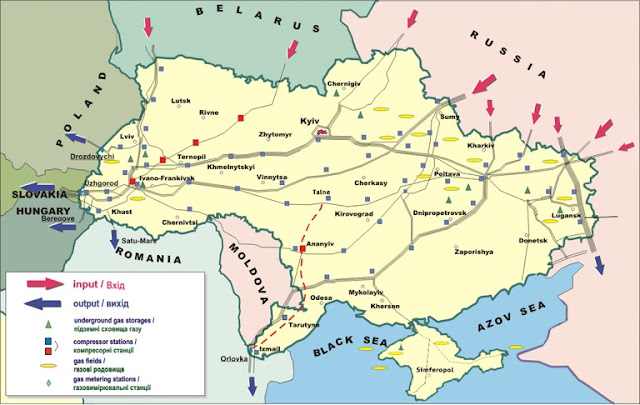 I learned some time ago that geopolitical events always seem to stem from two primary concerns, the control of money and the control of resources.  So let’s just say that there is some struggling country out there.  It has natural resources, but lacks the money and technology to extract them and use them for the good of its people.  Accordingly, if such a country received the right kind of help, then perhaps it could use those resources to make life within its borders a little better for its citizens.  And let’s just say that country’s government sends out an appeal for assistance in extracting and managing untapped natural wealth for the good of its people.  Let’s say that government makes it a national goal to become energy independent, no longer requiring fuels from questionably-friendly neighbors.  That would be an appropriate goal for any national government, would it not?  Well, in 2013, that is exactly what the democratically-elected Ukrainian government decided to do, att
Read more

Convention of States, a Bad Idea 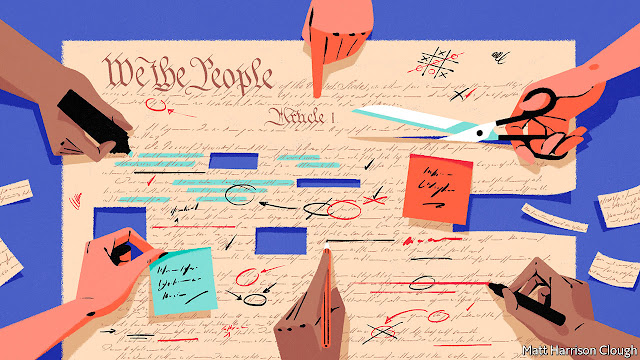 I got into a conversation with a proponent of the “Convention of States” this week.  If you are not aware, the writers of the Constitution left us two routes to amend our law of the land.  Either Congress can initiate the process, or the people can work through their state legislatures to do it.  The latter process is the one the Convention of states proponents have decided is the answer to fixing what is wrong with the US Government.  A few years back, the Georgia legislature enacted a law in favor of the Convention of States, and more have approved the idea since.  It takes 2/3 of the states to hold a CoS and 3/4 of the states to ratify any amendment that might result from its workings. Convention of States-A Really Bad Idea The CoS proponents are all good people.  They see we have problems with the government not following the letter of the Constitution.  On that we all agree.  And when asked how we might expect the courts to follow any new amendments when they don’t follow t
Read more