By Hank Sullivan October 11, 2019
I learned some time ago that geopolitical events always seem to stem from two primary concerns, the control of money and the control of resources.

So let’s just say that there is some struggling country out there.  It has natural resources, but lacks the money and technology to extract them and use them for the good of its people.  Accordingly, if such a country received the right kind of help, then perhaps it could use those resources to make life within its borders a little better for its citizens.

And let’s just say that country’s government sends out an appeal for assistance in extracting and managing untapped natural wealth for the good of its people.  Let’s say that government makes it a national goal to become energy independent, no longer requiring fuels from questionably-friendly neighbors.  That would be an appropriate goal for any national government, would it not?

Well, in 2013, that is exactly what the democratically-elected Ukrainian government decided to do, attempt to use its own resources to make Ukraine energy independent.  At that time, Russia, Ukraine’s neighbor to the East, supplied the lion’s share of Ukraine’s natural gas.  Ukraine, situated between Russia and Europe, traded for some of that energy by allowing Russian state-owned Gazprom to supply 40% of Europe’s natural gas needs, delivering it through a connecting network of Ukrainian pipelines.

It was shortly after the Ukrainian Government sent notices intending to take bids for gas exploration and extraction that a veritable war over control of its resources ensued.


Gazprom had huge stakes in Ukraine, Ukrainian pipelines filled with Russian gas heating Europe.  But western multinational energy giants, Chevron, BP, Exxon, and many others had substantial interests in assisting Ukraine toward accomplishing its new national goals as well. 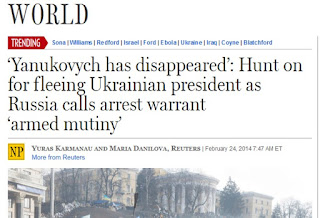 But in December of 2013, Ukraine’s parliament voted against joining the EU, perhaps increasing the probability of choosing Gazprom, greatly disturbing Western firms, and the Obama State Department.  Two months later violence broke out in downtown Kiev, Ukraine’s capital, where crowds assembled, prompted by claims broadcast over social media of government corruption regarding the vote.  Gunfire began from rooftops killing and injuring both protestors and police.  Soon, the elected Ukrainian Government fell, its Prime Minister, Viktor Yanukovych, fleeing from Kiev, never to return.

A cabal of various factions agreed to form a government.  They selected Arseniy Yatsenuk, a former European Central Banker (no surprise) and George Soros associate (also no surprise), to become its new Prime Minister.  Predictably, Yatsenuk’s Government shunned any interest to contract with Gazprom.  By April, Chevron, Exxon-Mobil, Royal Dutch Shell, Halliburton and other western energy giants swarmed Kiev to engage the new government concerning potential investments in the country.

So how did an ECB banker end up running the new government of Ukraine?  That’s an interesting question with an equally interesting answer.  It is interesting because of a recorded phone call between Obama Assistant Secretary of State over Europe, Victoria Nuland, and Ukrainian Ambassador Geoffrey Pyatt, in which she declares her intention to install Yatsenuk as Ukrainian Prime Minister.  “Yats” became the prime minister, just as Nuland planned.

And who was firing from rooftops in Kiev?  The answer to that question comes from another recorded call, one between Estonia’s Foreign Minister Urmas Paet and E.U. Foreign Policy Chief Cathy Ashton.  In that conversation, Paet explains that the shooters were unrelated to the previous government and were instead working for the new coalition, the same junta that would soon resolve against investigating the shooting and forestall any deal with Gazprom.  Defying American mainstream news reports is the overwhelming probability that the elected Ukrainian Government was overthrown by the Obama State Department in concert with contractors hired to incite street violence.

Soon, in danger of losing Russia’s only warm water port, Vladimir Putin annexed the Ukrainian province of Crimea, an action which prompted devastating violence between Russian and pro-Western forces in Eastern Ukraine, during which significant portions of Kiev were destroyed.

On cue, coming to financial rescue was the international marketing department of the Federal Reserve, the International Monetary Fund, offering to loan Obama’s puppet government $17 billion.  The IMF loans would not to help to rebuild Ukraine though.  The loans would only help pay Ukraine’s international creditors.  To repay the loans, natural gas prices would be doubled on the Ukrainian people.

In the Spring of 2014, a little-known Ukrainian natural gas company, Burisma, a subsidiary of Cyprus-based Brociti Investments Ltd., hired as its newest board member, Hunter Biden, son of then U.S. Vice President Joe Biden, reportedly paying Biden $50,000/month for services rendered in an industry in which Joe’s son had little knowledge or experience.  Young Biden would remain on Burisma’s board until 2018.

In 2016, Ukrainian General Prosecutor Viktor Shokin began investigating the relationship between Burisma, U.S. foreign aid dollars, and Hunter Biden.  Regarding that investigation, Joe Biden is on video boasting of strong-arming Ukrainian President Petro Poroshenko to fire Shokin, which he did, Shokin later disclosing he was fired to stop the Biden investigation.  The Biden relationship, and suspected funneling of U.S. tax dollars (package totaling $4.3 billion in cash and guarantees) sent as aid to Ukraine since 2014, and then partially returned to help affect the outcome of the 2016 U.S. national election, is what President Trump has asked new Ukrainian President Zelenski to investigate.

So you see, geopolitical events seem always to involve money and resources.  They involve private beneficiaries who work in partnership with elected and unelected government officials who instigate regime change operations and share in vast rewards. 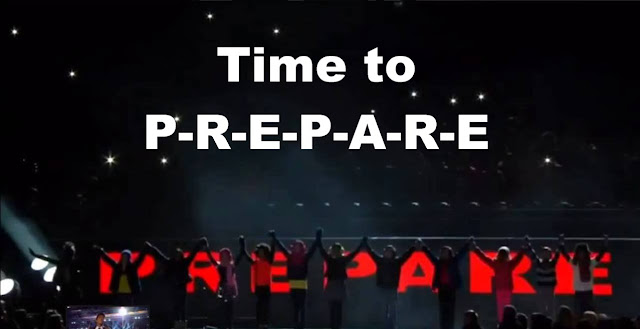 In a recent Facebook post [Remember, I wrote this in December of 2015], I mentioned the possibility of a “biblical event” occurring as a result of the military interactions between opposing major powers, especially considering that the actors involved are confined within a relatively small area, such as in Syria or elsewhere in the Middle East.  Sure enough, last week the Turks downed a Russian fighter jet in Syria.  Since then the Russian’s have given a measured response, installing a no-flight zone above Syria, and warning the US and Turks that any aircraft other than Russian or Syrian, flying into Syrian airspace, will be shot down.  We have the ingredients for the kind of event that could easily escalate into a major military confrontation, the “biblical event” to which I referred.

On the heals of reading my remark, a friend asked me to post my thoughts relating world events, as we are witnessing them, to end-time prophesies.  OK, admittedly, that’s quite an undertaking.  And …
Read more 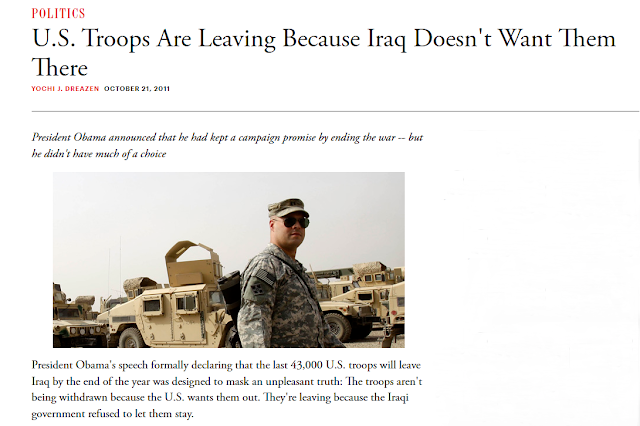 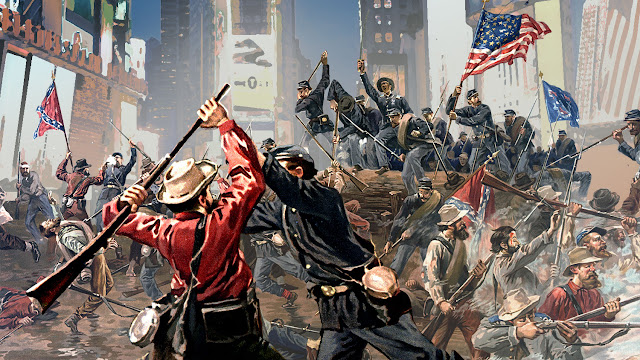 A year and a half ago I wrote of a war mobilizing, not abroad, but right here in America.  I wrote that in today’s world our enemies walk among us. They wage wars of misinformation and disinformation designed to foster confusion and distrust among the American people.  I described how our enemies subtly charm us to believe as they do, attempting to soften our resolve toward denying their ultimate purposes.  I observed that while there are many who recognize and resist the efforts of America’s internal enemies, there are just as many, unfortunately, who succumb to their covert messaging, believing the lies and misrepresentations as they would any proven axiom.  And I wrote that reconciling the resulting differences among the American people would become the issue of our generation.

Here we are, right where I said we would be, sadly.

America has become the house stringently divided I predicted.  Maintaining that divide is the only way the enemy can remain viable.  To win, or even avoid…
Read more